Yes, this is a release by the Smashing Pumpkins, released by the artists partly in protest against their record label. The original release consisted of only 25 hand-pressed LPs, which found their way to radio stations and devoted fans, with instructions to duplicate and spread the record. And so it did. This version was digitized by a radio station, so hopefully this is as close as possible to the band’s intentions, and those are: rock hard.

END_OF_DOCUMENT_TOKEN_TO_BE_REPLACED 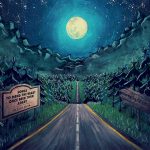 Still Pluto do very conventional, very solid rock in North West Russia (Petrozavodsk, to be precise). From there, their music reached me through the catalogue indie rock netlabel Southern City Lab. So if you are tired of the umpteenth minimal techno release, give this source a try. But back to this week’s offer: END_OF_DOCUMENT_TOKEN_TO_BE_REPLACED 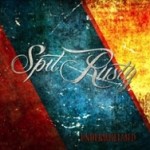 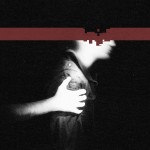 Nine Inch Nails is a industrial rock band with experimental touch. This is exactly what I wrote Last year in my review on Ghosts I – IV. While the latter contained 36 improvised tracks, The Slip consists of 10 composed, recorded, and produced tracks. They showcase Trent Reznor’s style that later got featured prominently in the soundtracks of The Social Network and The Girl with the Dragon Tattoo. This album ranges from ambient ballads with mellow piano to white-noise-laden rock furiosos. Take a nip, even if you think that’s not your cup of tea: END_OF_DOCUMENT_TOKEN_TO_BE_REPLACED