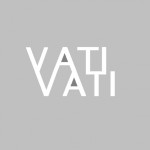 Stay Ali is a trio from Sweden founded in 2006 by then 15-year-old guys. They produce an energetic mix of techno, electro and disco music. They remind me of Fatboy Slim; especially this release sounds like it was influenced by Justice. If you want some good dance music for a party, get this album! But I better present you two tracks which represent the range of this release:

Track no. 3, Uwe Boll, is a fat, beaty dancefloor filler that does not have to hide behind famous disco hymns. The first 20 seconds entirely belong to the catchy bass riff. Then the default 4/4 house beat sets in which is often interrupted by Justice-like drum inserts. At 0:50 a short vocal sample is introduced: “Wait a minute… I think I love myself more than I love you.” No comment needed… but it fits with the song’s musical message: Don’t think, but move your feet!

COMB, the first track of this release, is not absolutely my taste, but it has something extremely catchy and playful about it. I struggle to describe it, but it seems to have the musical equivalent of spicy taste. But better just listen to the awry vocals: