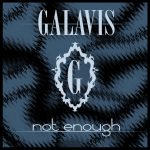 Dedicated to a solid bassline, catchy rhythm and tunes, this release by Mexican house producer Galavis, originally released at the now (seemingly) inactive Konfort netlabel, does not rely on window dressing. No chord progressions, no overwhelming sound effects. Instead, the music focuses on the key ingredients of the genre.

Want More heavily relies on its catchy bass line, that carries unchanged through most of the song.

All Your Loving follows the same formula, just with slightly different rhythm signature. As I said: effective, not subtle 😉