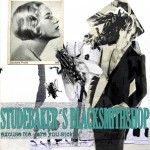 This band was brought to me by the now discontinued Free Music Charts (archive) over at darkerradio. The Bavarian band shares genes with Pandoras.Box (review on their album Barriers) from the same region. Their music can be described as edgy, slightly rough alternative rock. Production value is exceptional; recording and mix sound superb. I selected the two “singles”:

Elimination of Danger is the album’s smash hit, featured in many compilations among the net.

Type of Guy is a bit more aggressive, yet very musical punchy song.