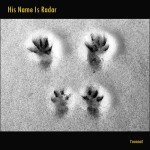 The Japanese netlabel Bump Foot is a great source for a wide range of free music. His Name Is Radar is a very organic sounding Pop Funk release. Younnat’s other album The Duct, released in 2007 at the same netlabel, is among the Top 10 of most downloaded releases. He also has released some tracks at Kahvi on the album Radiovision.

Radar, the first track, is a great example of unusual Pop music that nevertheless could appeal to a broader audience. If it were just played… but hey, this is free music without commercial marketing. So you have to discover it for yourself. The complete EP only has four tracks, so I think one preview of the IMHO best track is enough.