Early CC music smash hit. One of the most-played and -remixed EPs. 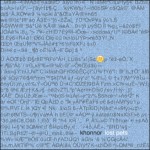 Wow. It is impressive what calm synthetic carpets of ambient sounds can achieve. An emotionally dense experience awaits you. Just open your ears and listen to this impressive album by a talented young electronic artist. The album’s tagline “Toward a new electronic romanticism” nails it. While being very calm and ambient, the music is far from boring.

Cantelopps has become a real hit in the free music scene when it was published on the compilation Mercedes-Benz Mixed Tape 01 in the year 2004. This is when I learnt about Khonnor and searched for more from him. The track is easily described: soft string notes on a loop, above a clicky beat with synth-pads filling up the gap. The combination is breath-taking.

Rooms consists of only a single strings riff looped for over four minutes. That plus some subtle clicks, cracks and samples are enough to create surprisingly much atmosphere.