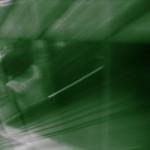 The philosopher Bertrand Russell states in an article written (but not published) for a magazine in 1952:

If I were to suggest that between the Earth and Mars there is a china teapot revolving about the sun in an elliptical orbit, nobody would be able to disprove my assertion provided I were careful to add that the teapot is too small to be revealed even by our most powerful telescopes. But if I were to go on to say that, since my assertion cannot be disproved, it is intolerable presumption on the part of human reason to doubt it, I should rightly be thought to be talking nonsense. 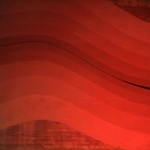 How do we know that the assumption of a undetectable teapot in the orbit round the sun is just made up? In a strict sense we can not. There is no mean to disprove the existence of anything. On the other hand, this does not imply that we have to believe in anyone’s assumptions about the world. What would it take to make you believe in the teapot? With high probability your answer will contain the request for evidence of any sort, a clue that increases the credibility of its existence. This approach, to first demand evidence for a claim before one accepts it, is called scepticism.

Why do I write about this? Quite easy: our world is full of concepts and believes which are not backed by evidence at all. Take astrology, homoeopathy and all sorts of paranormal activities, just to name a few examples. I struggle to accept that e.g. a spiritual healer tells that he or she could cure grave diseases like tumours only using “natural energy” without having to conduct a comprehensive study that indicates whether his method has a reproducible effect. Things can become very dangerous when a credulous patient neglects effective therapies in favour of unproven woo woo. The page What’s the harm? has collected over 100,000 cases of people who got harmed from using of energy medicine. It also contains sections about the consequences vaccine denial, acupuncture and even ear candling. 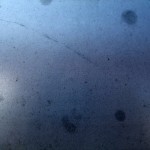 I confess that there lacks this special magic feeling about “conventional” medicine. Of course it cannot (yet) cure any disease, but unlike “alternative” medicine, it is involved in a process of self-improvement in which new findings are collected and used to enhance existing and develop new treatments. Each new claim and theory is tested in double-blinded studies to ensure that a perceived effect is not just placebo or made up.

To come back to the original quote from Russell. It originally was intended as a critique to religion and I took only the first part to start my rant about woo woo medicine as an outstanding example of irrationality. Here now the second part of the quote:

If, however, the existence of such a teapot were affirmed in ancient books, taught as the sacred truth every Sunday, and instilled into the minds of children at school, hesitation to believe in its existence would become a mark of eccentricity and entitle the doubter to the attentions of the psychiatrist in an enlightened age or of the Inquisitor in an earlier time. It is customary to suppose that, if a belief is widespread, there must be something reasonable about it.

There is much to say about religious believes, but this belongs to future posts…