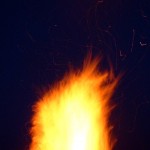 Fossil resources, i.e. coal, oil and gas, are finite. This fact is not surprising, but is worth to be mentioned. Its direct consequence is that in near future we will have to be able to generate (more precisely: convert) all energy we consume from renewable sources. This need is independent from any consequences that arise from the combustion of fossil fuels (i.e. greenhouse effect). The climate change just adds another “incentive” to realise that necessary shift more quickly. This article tries to give a non-exhaustive overview over the current dependency on fossil fuels and scenarios of possible replacements. 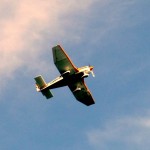 In 2006, about 86% of the world’s primary energy usage was covered by fossil fuels. This is indeed a strong dependence on resources which won’t be available indefinitely. Furthermore the annual consumption of fossil fuels is increasing. This increasing demand soon might be confronted with Peak Oil, an event which probably marks the end of the era of cheap fossil energy. Peak oil is defined as the instant when the global oil production no longer increases. It is predicted to occur somewhere in the near future, perhaps in the next decade. With high confidence it can be said that we’d better look for replacements now:

Some experts and politicians see nuclear power as a feasible source to replace fossil fuels. Nuclear power can mean two options: the first one is nuclear fission as present in all existing nuclear power plants in which uranium is fissioned in a controlled chain reaction to heat water that propels an electric generator. In my opinion their use is irresponsible due to the difficulty—if not impossibility—of safely storing the nuclear waste for thousands of years. Another counter-argument is that uranium is a finite resource, too. The second option still takes at least 50 years of research: nuclear fusion. It is to be like fission, but without the risks of a reactor meltdown and no long-term radioactive waste. I would embrace this source of energy, but it will basically come too late. We need to reduce the use of fossil fuels now, not starting in 2060 or even later. 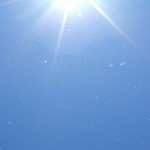 The only reliable source of energy that won’t deplete as long as earth exists is the sun. Already with today’s technology it would be possible to supply the vast majority of our energy consumption by solar plants. Here I am not primarily referring to the prominent photovoltaic cells. I rather think of much simpler solar-thermal power plants, which concentrate the sun’s rays in order to directly heat water that is used for the generation of electricity. This type of power plant only makes sense in constantly hot, sunny regions like deserts.

And indeed this idea is not new: the Solar Grand Plan in the USA and the initiative DESERTEC for around the Mediterranean Sea are concepts to construct a huge amount of solar power plants that could provide the better part of the needed electric energy. 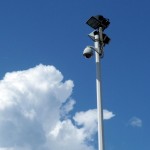 Now I talked about a possible substitute for fossil fuels, but only for the generation of electric energy. However, mobility and heating are dependent on fossil fuels, too. So other things have to happen, too:

So all in all there will be a life “beyond petroleum”…

6 thoughts on “From finite to renewable energy”