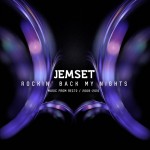 This week’s release is a DJ mix set released at the Sonic Walker netlabel. It features 12 tracks from the netlabel rec72 (which should not be confused with the 12rec. netlabel). The covered genres range from dark ambient stuff to breaky IDM. Tracks by Zoe.LeelA also feature vocals. I would suggest it for a cool evening at the computer.

Some time after the release of this netaudio gem, Jenset unfortunately decided to retract all his contributions to the scene. While the licence would allow to reupload the original mix, I chose to respect his intention and instead offer a surrogate: uploading the individual tracks that made up the mix. While this does not give you back the continuous listening experience of the original, it gives back the original flow and sequence of the track selection, which is not a minor thing. As usual, I pick two tracks carefully:

Ein sonniger Tag mit dir promises beach, barcady and sunburn after dozing off on your towel to this song.